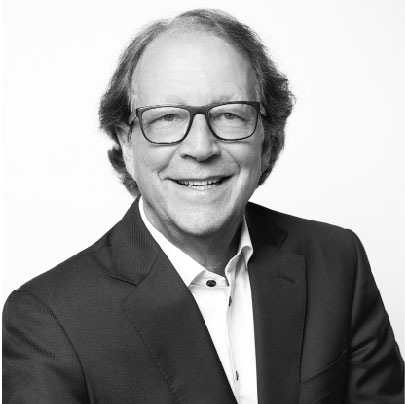 For more than 40 years Jacques D.-Pérusse has been the instigator of the success of many international beauty brands on the Canadian market . Christian Dior, Gucci, Lacoste, RoC, Bioderma, Uriage, Filorga, Decleor, Carita, Rihanna, Paris Hilton, ED Hardy, amongst many others were introduced, deployed and developed successfully under his watch.

Jacques was also the founder and president of the “Association Canadienne de la Parfumerie Française”, an organization dedicated to the promotion of the creativity and quality of the french perfumery.

Between 1999 and 2014, Jacques Pérusse has been Chairman of the C.C.A. (Canadian Cosmetic Alliance), chairman of the Look good feel better foundation which helps women with cancer and received the « Life time achievement award » peers’ recognition for his contribution to the beauty industry in Canada.

In 2016, Jacques D.-Pérusse participated to the creation of SOVANIC 0870 inc. with his daughter Valérie, a company owned by the family trust and in 2017, SOVANIC 0870 partners with CSG, creator of TEAOLOGY SKINCARE in Italy, to launch, deploy and develop it’s skincare brand in North America.